The Women of Bachata 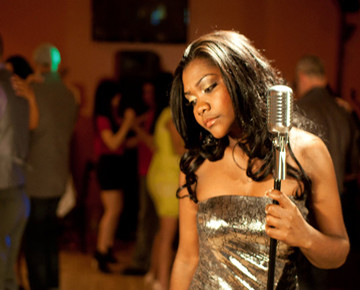 Bachata’s most common theme is that of love between woman and man. Despite this, the female voice has been conspicuously absent from bachata’s repertoire. Even in recent years, as bachata developed an ardent following among young Latina women, the genre has remained dominated by male singers, producers and musicians. In this respect, bachata is an anomaly . Other Latin American styles, like Colombian carrilera and Mexican cumbia sonidera, which shared a similarly notorious association with bar and brothel culture, count numerous female artists among their most important performers. In the Dominican Republic itself there are female singers, musicians and bandleaders in merengue tipico; and bolero, the genre which is bachata’s nearest forerunner, boasts a large number of female interpreters. Nevertheless, well-known bachateras, after fifty years of bachata’s history, can be counted on one hand. The earliest, and perhaps the most interesting of these women as far as the content of her music, was Melida Rodriguez. Rodriguez was followed by Aridia Ventura, who was the only significant female voice in bachata during the 1970s and 1980s. Carmen Francisco, a singer from the capital city of Santo Domingo, became known only for her satirical replies to the boastful songs of bachatero Marino Perez. Eladio Romero Santos’ sister, Leonida Alejo, had a couple of hits in a short career; Aventura’s breakthrough song “Obsesion”, in 2001, featured a female R&B style vocal which drove the song’s popularity; and of course Alexandra Cabrera, the female side of the duo Monchy y Alexandra, has been one of bachata’s most celebrated interpreters. Compared to the hundreds of male bachateros who have had one or many hit songs over the years, the small number of women involved in the making of the music is notable; especially given the growth of bachata’s female audience since the introduction of the electric guitar in 1991 and following the success of Aventura in 2001. Here are brief biographies of some of the most influential women in bachata.

I LOVE THIS HISTORY OF THE WOMEN OF BACHATA, ITS WONDERFUL TO KNOW AND READ THE HISTORY OF THIS WOMEN.... I LOVE BACHATA AND ITS A WONDERFUL CHANGE TO KNOW THAT WOMEN CAN ALSO MAKE BEAUTIFUL BACHATA MUSIC....

I love Melida Rodriguez! She touches my heart and makes my tears run down in very song she sings! I'm very lucky to get one lost LP with some of her great songs! It's a shame that there are no CD's on the market to celebrate this outstanding singer! Viva Melida!

Unfortunately, Mr. David Wayne did not give credit to Deborah Pacini Hernandez, from whom he directly plagiarized most of what is written here. Shame on you.

Very intersting article thanks for that I was looking for the lyrics to vickyanas version of yo soy mala y seguire siendo mala" it was interesting to see who the song originated from...