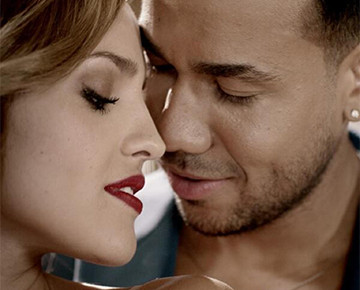 It was cabaret bachata that crystallized what bachata was, and distinguished it from other Latin American forms. Within cabaret bachata, the sexual double entendre became extremely popular, and came to define the important period of the 1980s, when modern bachata began to take shape.

Sexual double entendre, or doble sentido, has been ubiquitous in Latin music for as long as we have records of it. Performers of all genres and all levels of social acceptability, from the Trio Matamoros to Tatico Henriquez to Johnny Ventura, have used sexual double entendre in songs that are now considered classics. Even children’s songs, like “Arroz con leche”, have a second meaning which is sexual. Combined, however, with the Dominican higher society's already negative perception of bachata, doble sentido provoked torrents of criticism out of all proportion to its actual impact—at the same time that it made bachata more popular than it had ever been.

In fact for many years bachateros had recorded doble sentido songs which escaped public criticism — Cuco Valoy’s “Receta del Curandero”, Blas Durán’s “La gorra no se me cae” and Edilio Paredes’ “Vamos a colarlo” are a few examples among many. The first bachatero who more or less specialized in such songs was Marino Duarte, who had modest success with a song called “El paquete”; but doble sentido exploded in the 1980s, beginning with Julio Angel’s “El salón”(1982) , commonly referred to as “El pajón”. In Julio Angel’s salón, his female clients’ hair is not the hair on their head, the comb is not a comb, etc. The song was a hit beyond the normally limited public for bachata, and with the success of “El Pajón” other bachateros began to record exclusively doble sentido. Among them was Tony Santos, whose LPs were doble sentido from cover to cover. Doble sentido techniques included substituting one word that sounded like another (in “El pajón”, for example, peine, or comb, is used to mean pene, or penis); putting words together that form other words (like Tony Santos’ song, “Mamá me lo contó”, which innocently enough means mother told me about it, unless you hear “mamamelo con tó”, which means suck it with everything you’ve got); and using a rhyme which prepares listeners to hear a shocking reference but when the time comes to for the other half of the rhyme substituting a different word. Besides Tony Santos, Julio Angel, and Teodoro Reyes, many bachateros recorded doble sentido songs, and they became more common as the decade went on, until the fad reached its peak in the birth of modern bachata with Blas Durán in 1987.

Ironically the bachatero most despised by the mainstream and at the same time bachata’s first superstar, Blas Durán was the undisputed king of doble sentido. He was also the pioneer, along with his guitarist Jesús Martinez, of the style of bachata which we hear today. By the 1980s Blas had already established a name for himself both as one of the better known singers of cabaret bachata and also as a singer of merengue. He had been recording since 1966, and his lead guitar arrangements were usually done by his cousin, Edilio Paredes. In the 80s Blas joined Tony Santos and Julio Angel as a composer of doble sentido, but from very early on had an eye toward making bachata simpler and more danceable. Many doble sentido bachatas are very straightforward both melodically and harmonically, taking their cue from songs like Blas’ “El huevero”; in 1986 he recorded “El motorcito”, the first bachata in the new style to use an electric guitar, and in 1987 modern bachata was born with Blas’ release of “Consejo a las mujeres”.

“Consejo a las mujeres” (often referred to as “Mujeres hembras”) was a hit on a scale previously unheard of in bachata. For the first time, a bachata's popularity transcended all sectors of Dominican society. There were many reasons for the song’s success. The essential one was the use of the electric guitar, an innovation which permanently left its mark on the genre—since the early 1990s, no commercially significant bachatero has recorded with an acoustic requinto. The song was in fact not a bachata at all, but a merengue, and Durán sang it with an energy and confidence which was very much in contrast with the other bachateros of the period (although Durán himself had always had a brash style). It was also the first bachata to be recorded on multiple tracks, as opposed to being recorded live on a single channel; all of these factors added up to a massive commercial success. The formula was of course copied by many at the time, and the other pioneers of the modern style, Luis Vargas and Antony Santos, began their careers singing doble sentido. There was a period when even bachateros who had never sung doble sentido began to record it, singers like Ramón Cordero, Eladio Romero Santos and Marino Pérez.

Because of his huge success, Durán and doble sentido in general became a lightning rod for mainstream society’s discomfort with bachata. Dominican culture at all class levels is full of sexual references and doble sentido, in conversation as well as in the music of such well-accepted artists as Johnny Ventura and Juan Luis Guerra. In the case of bachata, however, it provoked an almost puritanical outcry in the press. Even bachateros will often begin a conversation by criticizing Blas Durán before eventually admitting that they enjoy his music. Musically, the doble sentido period (about 1982-1992) was certainly one of the most important in the genre’s history; the tempos and rhythm changed, the instrumentation changed, and bachata began to reach a much wider audience. Yet, while Luis Segura and José Manuel Calderón, singers who never sang in doble sentido, are revered as seminal figures in bachata, Blas Durán and Tony Santos are now almost forgotten.

There are no good facts !